Ned Sonntag
I am The Outermost Hoodoo Doctor 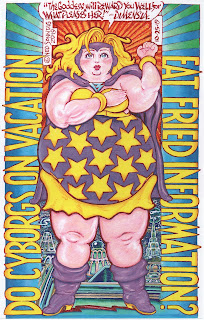 Wordpress which hosts my website... seems to have gone from difficult to impossible to use.  I'll try to put some fresh images here in the meantime...
Posted by Ned Sonntag at 2:30 PM No comments: 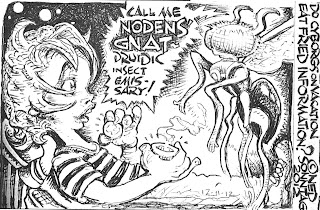 I posted this at Secret Sun and elsewhere on FB, on 12/12/12 & then 2 days later on FRINGE, 12 minutes 12 seconds in, the frame of the Acid Green Fairy offering Walter a match appeared compositionally identical.

Posted by Ned Sonntag at 1:43 PM No comments:

Where the Good Stuff Is 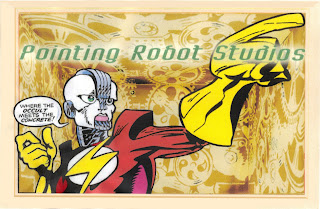 This is one of the Blogs I don't use that much but with the PUCK! Party issue gearing up I'd better at least show signs of life...
Posted by Ned Sonntag at 7:02 AM No comments: 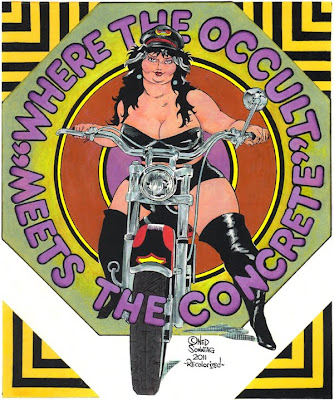 And that link just above should take you to the PRS Facebook page...

That's bizarre ...Sam Henderson's APPLE PIE piece got me to log into this GoogleBlog(my main one's at CapeCodToday.com) and it's been precisely a year since I posted here. Ummm see ya next year gang, Goddess Willing.
Posted by Ned Sonntag at 10:09 PM No comments:

The Elephant in the Room

Blind Item: What increasingly-nasty Troll at my home Blogsite... turns out to be an 'editor and photographer' at Fox News?
Possessing no Blog at said Blogsite himself, he eggs-on other Drudge/Newsmax devotees to troll as 'High-Fivers' and insults in a half-humorous manner any Bloggers and Commenters who question Conventional Wisdom, seemingly to bolster waning support for Dick Cheney's Network Of Choice founded by fellow Nixon aide Roger Ailes... i.e. the very meal-ticket of the Troll-In-Question! The fellow has been dropping clues for awhile in a serial-killer-wanting-to-be-caught kinda way... actually sent me his name and a vague job-description in October, Goddess-Knows-Why.
Then midweek after said Troll came up with a new and ick-inducing nickname for a female fellow Blogger who FYI is a longtime friend and client of mine, I Googled him one more time.
Jackpot. In the intervening months he'd been indiscreet enough to post a poorly-spelled resume on a professional-networking site, confirming what his email-address had hinted... an Ailes/Murdoch employee indeed. What ARE the rules, ethics and etiquette to be in the Brave new World of the Blogosphere? How many Fox employees are trolling at regional news-source Blogsites anonymously? Is this corporate policy? What sort of carrot-and-stick favors, access, and threats are in play?
http://www.capecodtoday.com/blogs/index.php/Sonntag is my customary Blog. I was invited to Blog there a year-and-a-half ago... at Cape Cod Today, a cutting-edge online community news'paper'... by Blogfather Walter Brooks. There seemed to be a lot of Trolls commenting there regularly and by the strategem of correcting their spelling and grammar and providing them with the Wikipedia definition of 'Internet Troll' I was able to inject a little more civility in the discourse. The major issue at the Site is the proposed Cape Cod Wind Farm- to be located as bladed turbines in Nantucket Bay. Our local legend Ted Kennedy has been opposed to that location, presumably because on a clear day one might catch site of the devices far to sea out his beach-house window. Thus a recurring theme at the site had been to ridicule Ted on a number of subjects, until the man's brain-cancer diagnosis made that At Long Last distasteful. Note that there has been no love lost in the last couple of decades between Rupert Murdoch and Ted K.
Murdoch likely doesn't give a damn about Windfarms; but if Ted's against it, he's for it!!
So, strange coalitions and Alliances... an intricate pattern of bloggers who agree on a few issues and diagree on most. Bloggers who contravene the notion that The Enemy Of My Enemy Is My Friend... and As Above So Below... the real power-players stake out strange and contradictory positions due to long-simmering feuds... fascinating stuff!
I am quite grateful to have been invited into that community and am attempting thru this one-degree-removed link-blogging... to avoid losing my privileges- my Blog at capecodtoday.com is literally my Home Site. It's become a huge part of my social life. The staff went out-of-their-way to host early images as I figured out the intricacies and protocols of blogging in early '07.
A number of us Bloggers are now aware of said Troll's identity... he left a breadcrumb-trail of clues and yet is now demanding that any Comments on the matter be deleted... this situation cannot last long, and as I say, this may be happening on many other Blogsites. MSNBC has now surpassed Fox in primetime ratings... the cognitive dissonance at the NewsCorp workplace must be reaching critical mass as the reign of the annointed neoNixon, Dubya winds down. 'Nuff said.
Posted by Ned Sonntag at 10:55 AM 1 comment: